On a Mission to Make Fashion for Real Women

Wendy Packer thinks fashion designers ignore women over 50 — when they design and when they show their clothes on the runway and in ads.

Sure, a handful follow in the trail Eileen Fisher blazed. “But even Fisher doesn’t show models over 50,” says Packer.

A nurse turned lawyer turned stay-at-home mom, Packer discovered her “passion for fashion,” as she calls it, after becoming an empty nester and losing both her parents in the span of a year. That difficult transitional time made her question her purpose in life and ponder what she really wanted to do. After a period of meditation, she decided to pursue her dream of helping women feel beautiful on the inside and show it on the outside.

She launched her website and blog, Fashion Over Fifty, in 2013 as a showcase for positive aging — a place where younger women can see older role models who aren’t caught in “crone and grandmother archetypes,” Packer, 61, says.

Once Packer embraced her dream, serendipitous things began to happen. One of them was a chance meeting at the Apple store in Chicago, Ill. She was very cautiously walking down the famous glass staircase there so she wouldn’t “trip and kill myself,” Packer recalls. “That’s when I was approached by a very tall, handsome black man. He stopped me and told me how runway models walk down steps so as not to fall,” she says.

The man turned out to be Mark David Carter, a runway model coach. Right then and there, Packer invited him for coffee, where they talked about how they could combine their interests — hers in inspiring women through fashion, and his in training models and producing fashion shows. Ultimately, the pair partnered with Bloomingdale’s in Chicago in December to produce an amazing, rare event: a full-fledged runway fashion show featuring designs for and modeled by women over 50, women of all shapes, races, sizes and personalities.

“We had 15 models from ages 52 to 90 and sizes 2 to 16. We formed a group that one of the models said felt like a sisterhood,” Packer says. “I rounded up the volunteer models, Mark trained them and Bloomingdale’s dressed them and hosted the show.”

The women rocked it, as you can see in the photos that Packer shared with us.

“The most amazing part was how the models who participated — by learning to walk with confidence and simply being in the show — ended up feeling,” Packer says. “One woman, the tallest at 6 feet, grew up as one of 12 children and wore mostly hand-me-down clothes. She believes that what you wear and how you feel influences those who see you, so you should try to look and feel great so others will, too. Another said she had made it a goal to be more confident, and when she walked the runway, she was.”

Packer would like to organize more events like this one. She hopes, she says, to “wake up designers. It’s very frustrating that more of them are not making clothes for us. We have money and influence, and there should be a movement to create clothes that let us shine.” 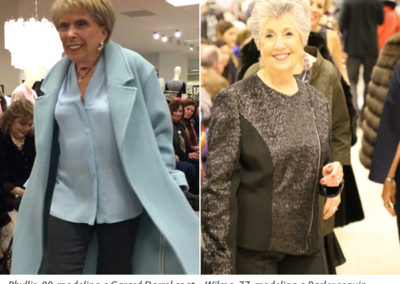 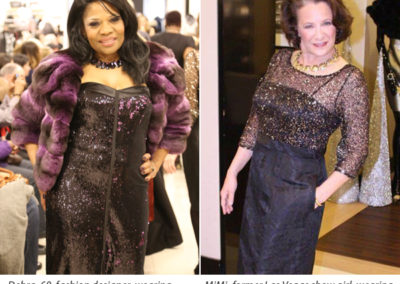 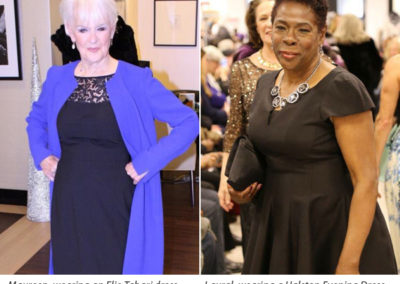 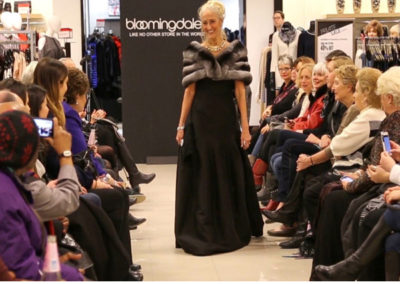