A French Designer of Ballerina Pumps Creates with Charity in Mind 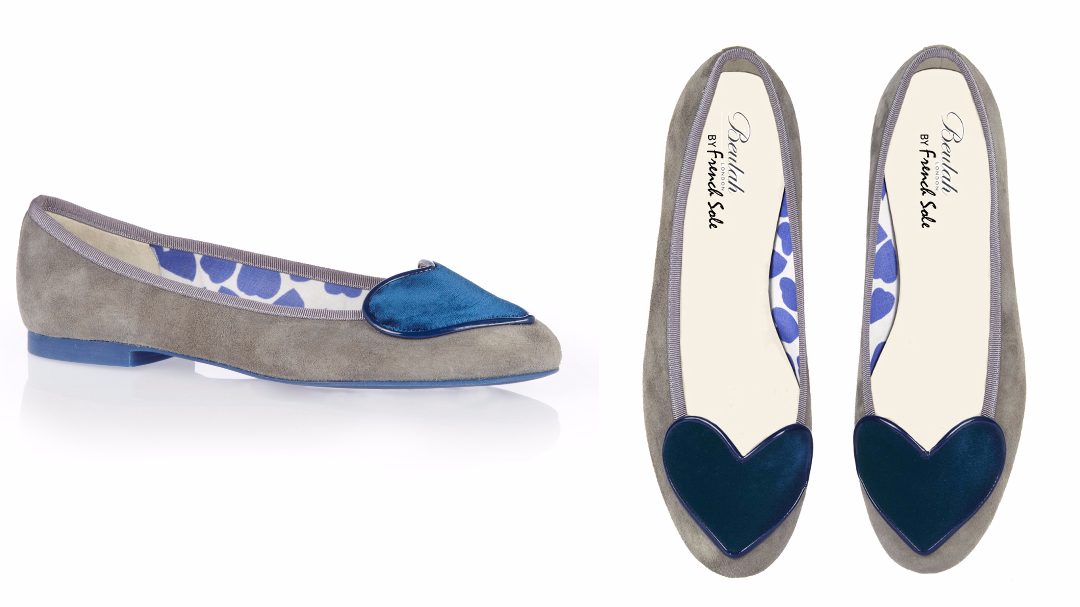 The Brand FRENCH SOLE, has Teamed-Up with the London high end Dress Line Beulah to create a Classic Shoe for Charity In Paris, there is a very popular ballerina shoe designed by French Sole. One of the best-loved styles is the classic “Loveheart” which has a scooped out front with a heart sewn on the front, as you can see in the picture above. Over the years it has come in various color combinations and materials. Founder, Jane Winkworth, has teamed up with the Blue Heart Campaign. This campaign was started by the London based high-end dress design, Beulah.

The Blue Heart Campaign founders,Lady Natasha Rufus-Isaacs and Lavinia Brennan, set up the Campaign to fight against human trafficking, particularly of women. Besides raising money, Beulah also actually employs the formerly trafficked women to work on their garments and dress bags. Last year, Beulah designed a silk dress with a blue heart in an effort to raise funds for this campaign.

The collaboration between Beulah and French Soles is a lovely, versatile, and well-made gray suede shoe with a royal blue velvet heart on the front. The lining of blue hearts is the logo of French Soles. Twenty five percent of proceeds go to the Blue Heart Foundation. Beulah founders proudly assert that:

“French Sole and Beulah share fundamental ethical values that hope to change the exploitation of women and child workers in the fashion industry and halt the disgrace of human trafficking.”

Good for them. Now let’s see more Couture Designers do the same!!!