Christian Siriano Makes Fashion for Everyone, Even Over Fifty, in his Spring/Summer 2020 Collection 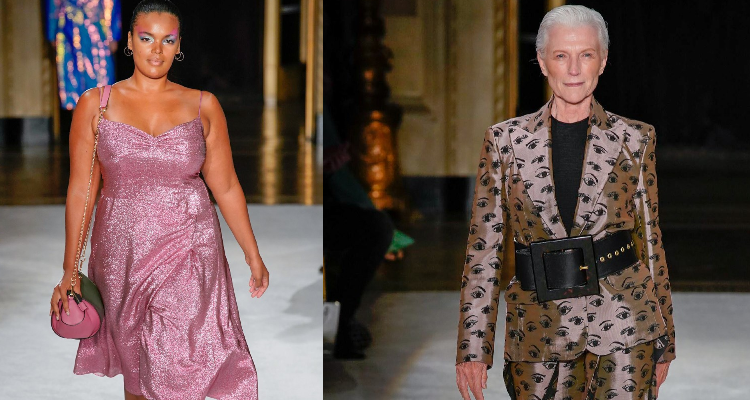 If there is anyone who has been a pioneer in bringing Diversity to the runway, it is none other than Christian Siriano. He was the first designer to put a model over a size 0-2 on the runway. Once Christian broke through the unwritten rule that models must be stick thin, other Designers have followed suit. Most women Over Fifty have experienced changes in their bodies and are no longer as thin as they once were. Hence, it is hard for this demographic to relate to most of the fashions at any of the fashion weeks.

Christian is not afraid to make his curvier models look sexy, either. What a break in the social norm, that curvier women can be alluring. The dress below does not camouflage the curves, but rather accentuates the fuller hips, which is just lovely 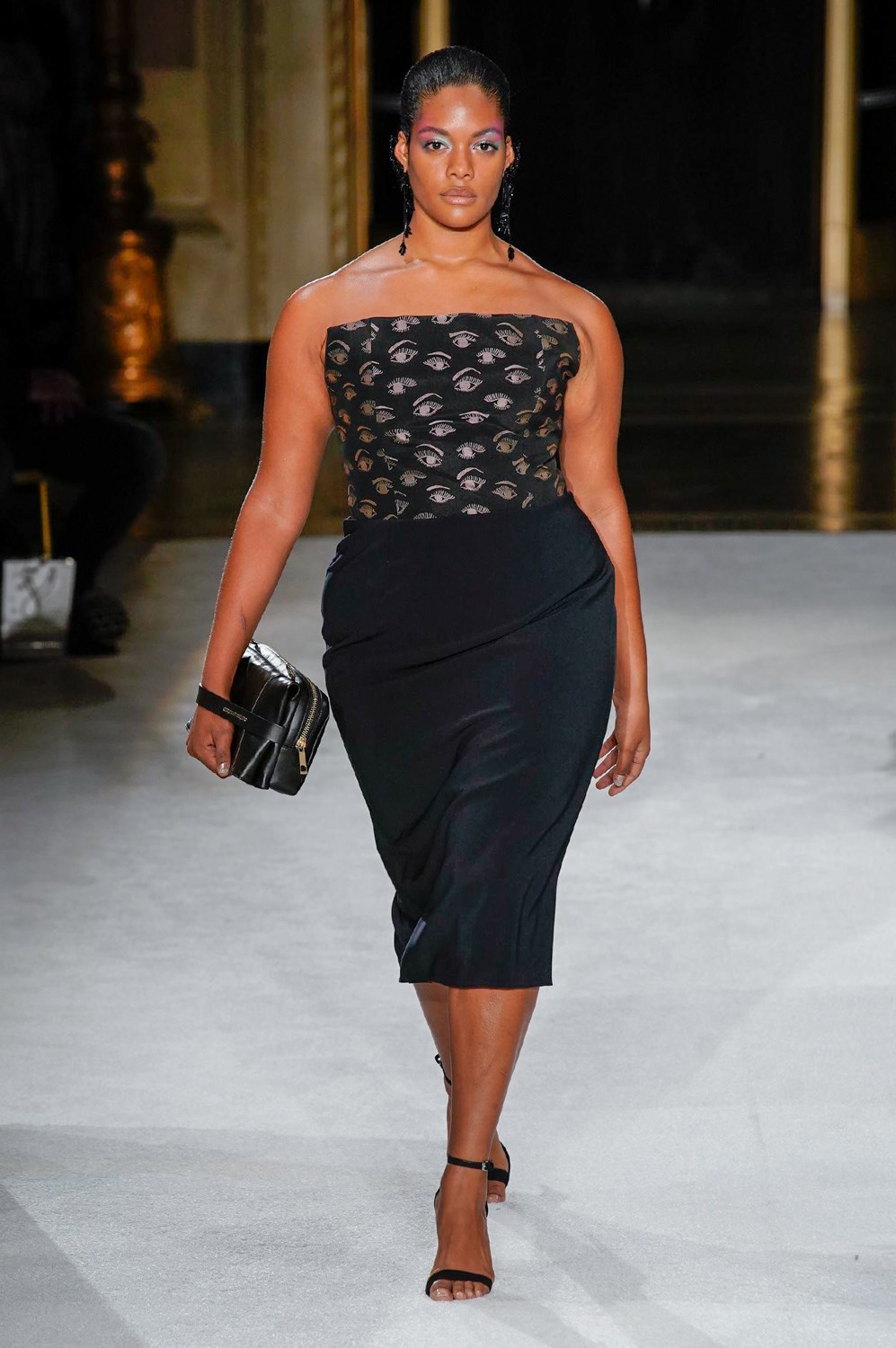 Christian also gives a platform for the dressier "curvy" woman.  Christian is not afraid to break the rules.  In fact, for Christian, there are no rules.  He does what he wants, which is usually right on target. Like this shimmery green dress below.  This dress is Sizelessly chic and possibly Ageless depending on the woman. 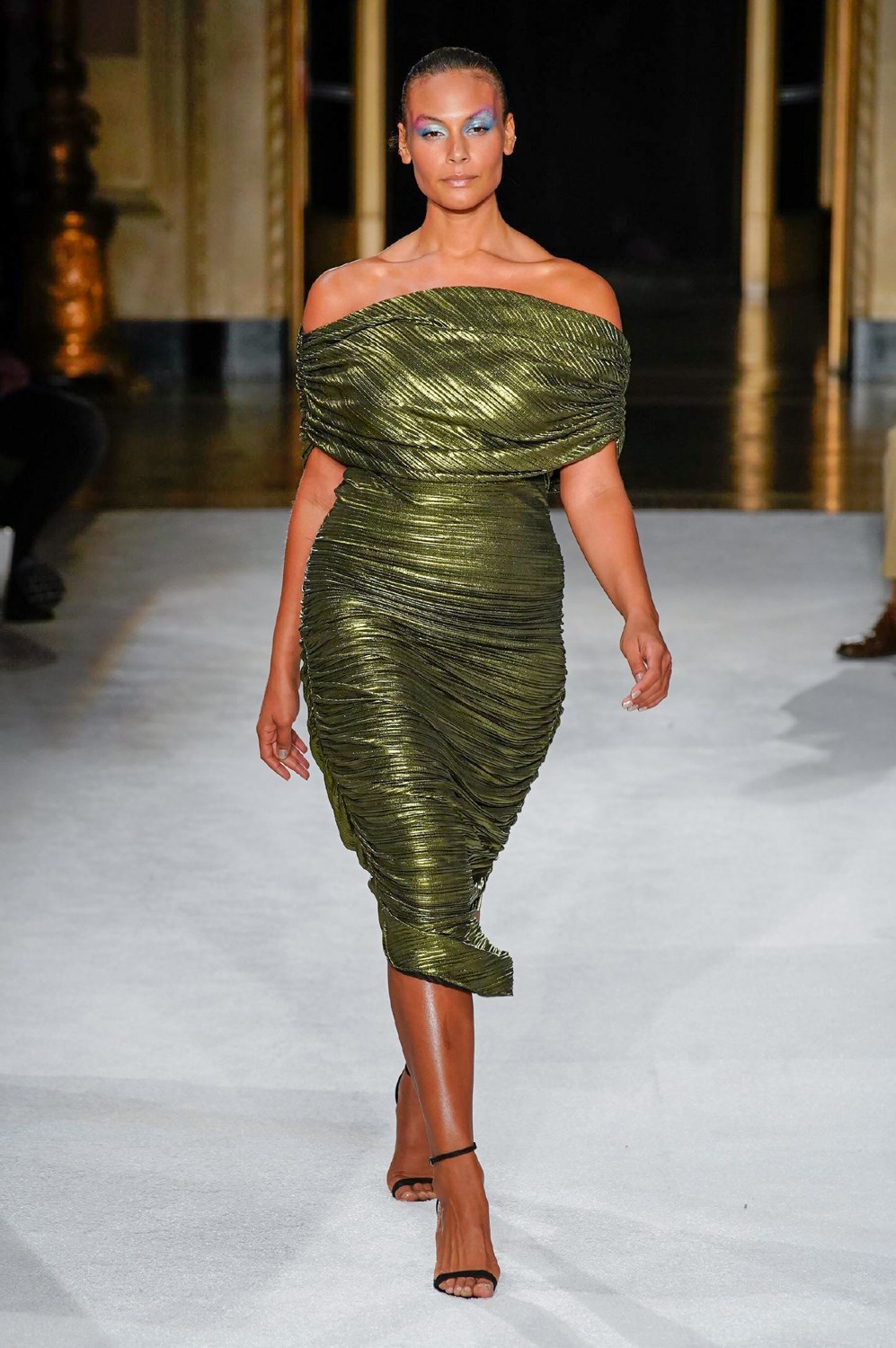 Finally,  in this latest show for Spring/Summer 2020, Christian featured the well known model, Maye Musk. Other designers who have used Over Fifty models, usually dress them in something frumpy and not relatable to women Over Fifty at all. Somehow most designers have this image of their grandmother when they think of a woman with gray hair. But not Christian.  In the photo below, you can see how elegant Maye looks in this class evening slacks suit. Even the belt he uses is Chic and not dowdy 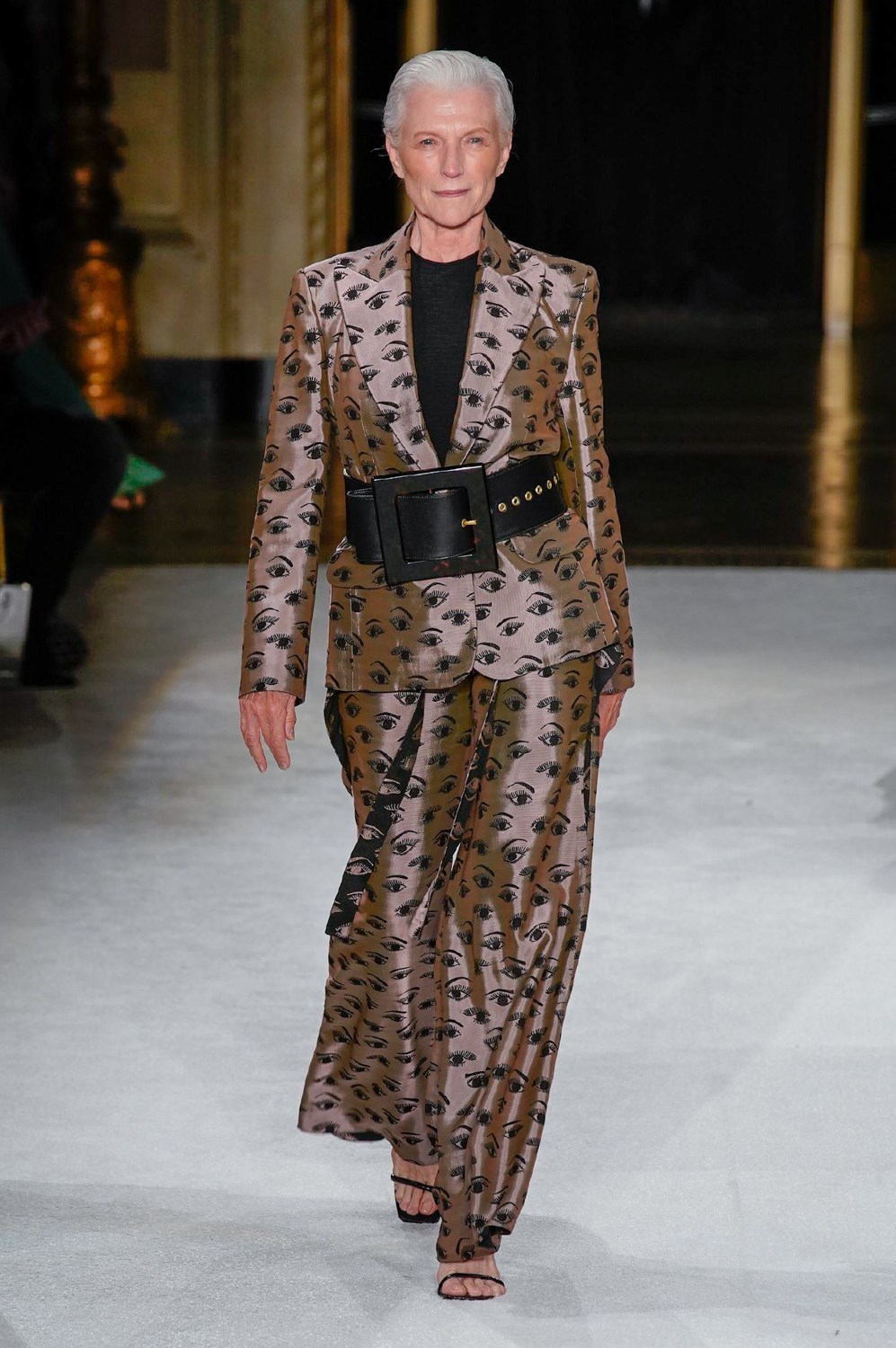 All I have to say is "Thank you" to Christian for breaking the archaic rules that governed how a woman Over Fifty should dress. In fact, thanks for not only breaking the rules but for tossing them out for all women. Fashion should be fun, and it should be for everyone!!