NBC’s Today.com writes about Wendy Packer. Women who are middle-aged still want to be relevant’ 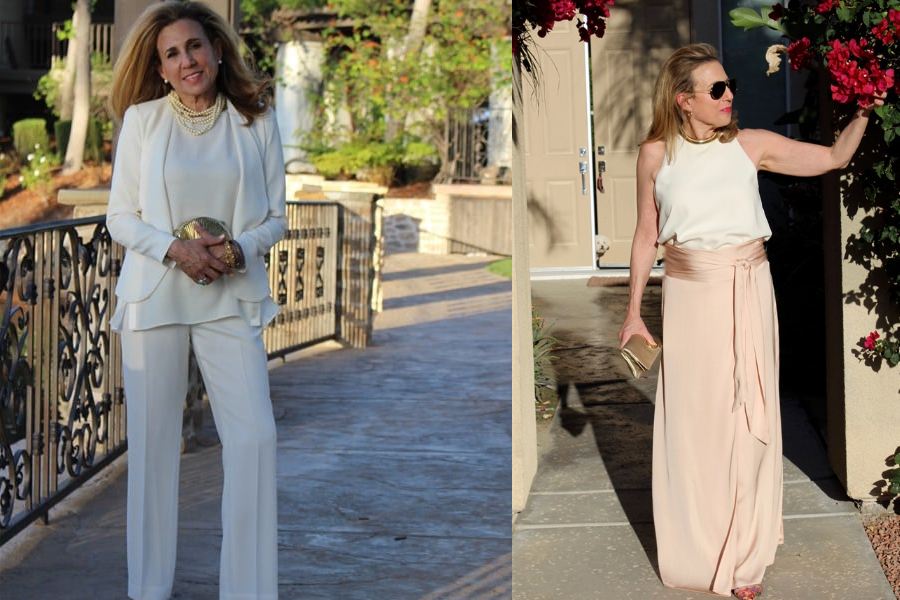 What an honor for me representing Fashion Over Fifty to be interviewed by NBC's Today.com staff writer Rheana Murray. It feels so great that finally the media is beginning to understand that Baby Boomer's shouldn't be left out. Nobody puts "Baby Boomers" in the corner!!  The following is the article:

Here are Wendy Packer's tips for embracing fashion after 50.

One California blogger is on a mission to prove to women over the age of 50 that fashion isn't something that's reserved for youngsters.

In fact, as Fashion Over Fifty founder Wendy Packer sees it, older women should embrace fashion. After all, women who have retired and whose children have moved out of the family home likely have more time to select the perfect outfit or scour thrift stores for the best finds from previous decades, for example. Fashion isn't just for young people, and neither are bright prints.

Packer, 65, started the blog on a whim, after getting inspiration from her son, who had created a music blog for a senior project. She'd always been interested in fashion, but this time around, she threw herself into it.

"I went to Barnes and Noble and got every single fashion magazine there was," Packer told TODAY Style. "I must have spent about $300. And I sat down and tried to find one person over the age of 40 — and nothing. Maybe one or two. And over 50? No way." Packer said most women over the age of 50 want to feel sophisticated, not trendy.

Around the same time, Packer was trying to re-enter the workforce. A former nurse, and then a lawyer, she'd spent the previous several years at home taking care of her two sons, now 23 and 24.

Now the youngest was heading off to college, and suddenly, Packer had plenty of time to offer potential employers, but she couldn't get a job that paid a reasonable wage.

"It really made me angry," she recalled. "I had all these things to offer — my kids were grown, I didn't have to go home and make dinner for everybody. But women are kind of devalued after a certain age." Packer also helps organize fashion shows and runway classes for women over 50. Her goal is to "help the self-esteem of women who feel that they have become invisible," she said.

She also noticed that, in the years she spent going to soccer games and cooking meals, fashion had changed ... a lot.

"Time had flown by," Packer said. "It was no longer about wearing suits or suit skirts. Everything was just so casual. Or, so out-there, kind of outlandish, that it was too young. So it was a matter of trying to adjust how to style myself with the newer styles." One of Packer's fashion tips? Shop for outfits, not separates.

Fashion Over Fifty founder Wendy PackerOne of Packer's fashion tips? Shop for outfits, not separates.Courtesy of Wendy Packer
"I felt very out of place," she said.

Packer turned to her blog, which was becoming a community space for women to talk about topics that interested them, from ageism to how to find clothes that were stylish but still comfortable.

About six years later, Fashion Over Fifty is less of a casual community and more of a trove of inspiration for women who are trying to figure out what their personal style looks like after the age of 50.

Here are some of Packer's tips.

GO FOR SOPHISTICATION, NOT TRENDS.

Packer said that most of the women she works with want to look sophisticated, not trendy.

"Even if it's jeans, they'll want to wear an oxford shirt or a tailored blazer," she said. "They don't want to look sloppy."

Packer believes it's an instinct that suits them: "Trends go out of style. I don't think sophistication ever does."

Here's a solution for anyone who has a bunch of cute, new shirts in her closet, and no idea what to wear them with.

"Don't buy separates, because trying to put outfits together later is really hard," Packer said. "When you're shopping, try to put together a whole outfit, because that makes it easy later. Try to get a look that you like, and buy that entire look. Don't go home with another shirt that's just going to sit in your closet."

Find a dress you love but think it looks a little too young? It's time to break out the shoes and accessories.

She added that France's first lady Brigitte Macron is an expert at this trick. Macron pairs dark tights with a short hemline for a look that's chic, but not revealing. Chesnot / Getty Images

"She just turned 65 and she's a great example of someone who dresses youthfully, but is still very tasteful," Packer said. "She'll wear a short skirt, but opaque tights and boots. So it's still stylish and cute, but not too youthful."

At the end of the day, women should wear what they want — whether it's sweats or a shift dress. But as Packer proves, there's no reason to give up on fashion after a certain age.

Special thanks to NBC's Today.com for the feature.  I would love to know your thoughts?