Louise Hay, an Abused Child and One Time High-Fashion Model Healed her Life and Millions with Her!! 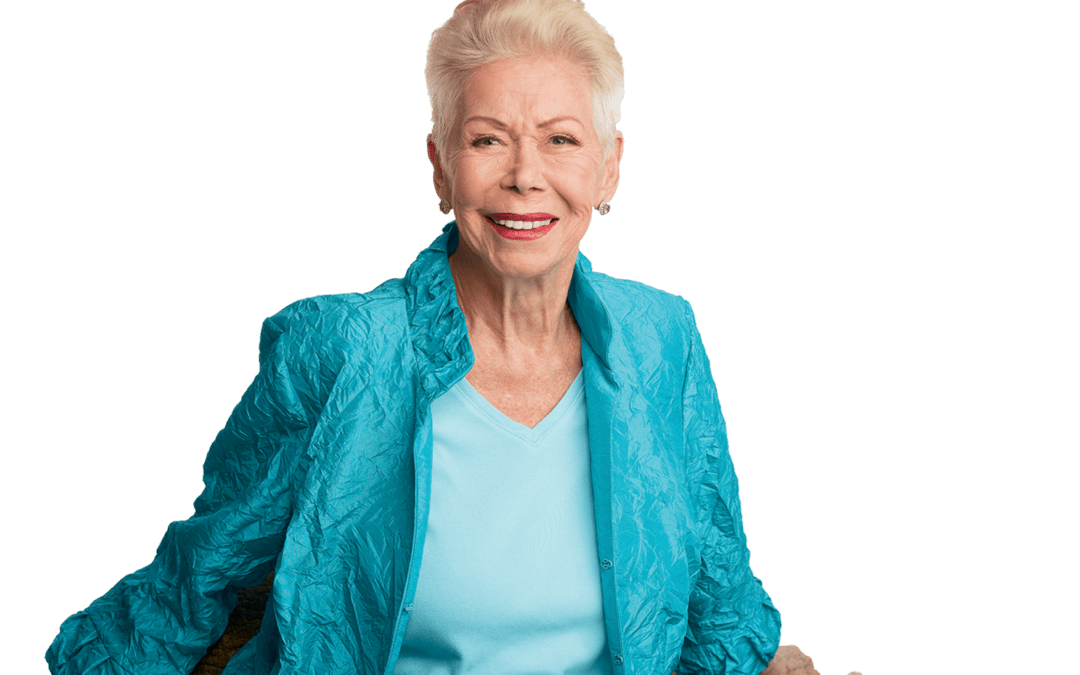 Louise Hay, despite a physically and sexually abused childhood, managed to become a High Fashion Model. However, when she was told she had cancer, she was ultimately led to the path of healing her childhood trauma, and the cancer without medical intervention. Louise Hay has influenced millions of people around the world how to heal themselves, and has been a great promoter of other healers as well. Louise Hay, one of today's most inspirational women in the world, came by her wisdom the hard way. Most of her childhood was spent with either physical or sexual abuse by her step-father or the neighbor who raped her at the age of 15 Her self-esteem got lower and lower, and very little went right for her.

At the age of 15 she moved out of home. She got pregnant at 16 and gave her baby girl up for adoption to a loving couple. She then went back home and took her mother out of the house and from under her step-father's abusiveness. She set  her mom up in an apartment and got her a job, at which point Louise and a friend left for Chicago.

A few years later Louise left for New York where she incredulously became a high-fashion model. Despite working for the biggest designers, her self-esteem was still very poor. Instead of being proud of herself, she found more ways to criticize herself. As she says:"I refused to recognize my own beauty." She married a well-educated man  from England and had a.wonderful life They traveled around the world, met royalty, and led a life that many would only dream of.

However, fourteen years later when her husband left her for another woman, she coincidentally started on a new path that would change her and many others. She began attending meetings at the Church of Religious Science and soon found herself training in the ministerial program.

From all of the spiritual work, including Transcendental Meditation, she was inspired to put together the book Heal Your Body, which was originally a simple list of metaphysical causes for physical illnesses in the body.

Unfortunately, or fortunately,  she was diagnosed with cancer in the Vaginal area. Having been battered and raped as a young girl, she was not surprised that cancer manifested in this area. Her belief was that cancer was a "dis-ease" of deep resentment that had been held for such a long time that  it literally ate away at her body. She knew that if she changed her mental pattern she could heal herself from the cancer.

Through her work at the Church, she came to realize that it was essential for her to love and approve of herself.  In her biography and the movie released about her life, she reveals how she went about letting go of the blame and found forgiveness. She also did many things, which at that time, were very unconventional. Some of these included; changing her nutrition, seeking psychiatric counseling and doing "self-love exercises". After some months of rigorously changing her mindset, the doctors found that she was entirely cancer free.

Later, Louise became involved in helping men with AIDS for which she received notoriety from Oprah and Phil Donahue. Shortly thereafter, the little book, You Can Heal Your Life landed on the New York Times best seller list. More than 50 million copies have been sold around the world and it has been translated into over 30 languages. In 1984, Louise Hay established Hay House Publishing Firm which has attracted many writers of inspirational, motivational and healing topics. Hay House now accounts for more than 130 authors. In 2004, Hay House organized a Convention of Speakers known for their Inspiration and Spirituality.  The convention is called "I Can Do It", and it moves across the country attracting more and more people all the time. Today, Hay House also has its own radio station and millions can tune in to hear these inspirational leaders as well as Louise. Needless to say, not only has Louise Hay personally helped many, but through her publishing company, Convention, and radio station, she has brought help to millions of people.