“ROAD TRIP” from Los Angeles to Austin, 22 hours of driving for this Over Fifty Blogger 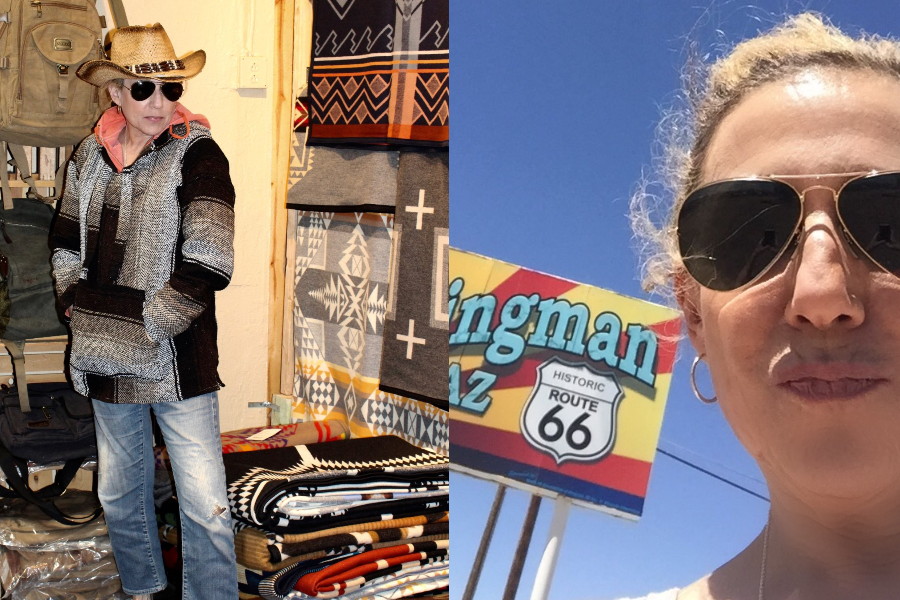 In late April, I (a mom Over Fifty) graciously offered to drive with my son from Los Angeles to Austin Texas where he was starting his first job. I grew up in Chicago, went to college in Northern California, and drove back and forth from San Francisco to LA in my brown Mustang on several occasions. I consider myself to be a seasoned driver of long distances.  Of course we got a late start on Sunday April 14, so instead of making it to Flagstaff Arizona the first day, we landed in beautiful Kingman Arizona. Actually, not so pretty.  However, it is along the famous Route 66, which takes you from California to Chicago, or vice versa. In fact, I did that route when I was in college. My son did not appreciate that most moms Over Fifty would not be doing what I was doing.  Would you? The next day we had a long haul.  We wanted to get from Kingman to Santa Fe New Mexico.  It was about an 8 hour drive so we got started around noon, after we looked around a bit and ate lunch. I just never thought  that we would be driving through Native American country. If it had dawned on me, I would have headed out earlier, What woman Over Fifty doesn't love turquoise jewelry? I also have always been sympathetic and philanthropic toward the Native American plight in this country since my son went to visit the Chumash Indians in Arizona and I saw their poor living conditions. We went through Hopi, Navajo, and Zuni country.  Along the highway were great stores where the Native Americans sold their gorgeous hand crafted jewelry and artwork. Here are some conch belts and some native weavings.

We really were in a hurry to get to Santa Fe before dark so I only stopped at one place. One day, I will head back there and take my time and buy some important pieces.  We just didn't have the time. However, I did buy a few little things, of course! So, by about 8:30 pm, just after the sun had set, we rolled in to Albuquerque. We stopped for gas and a wee little break and drove another hour to Santa Fe, NM. I had never been there, so it was quite a treat. The town was built in the 1600's. The State Capital is also there and it is the oldest State Capital in the US.  The earliest Capitals were dismantled. The people of New Mexico have preserved it in its original state and it looks like many cities throughout Mexico, Central America, and South America.  There is usually a plaza, or a zocalo, and that is the photo below. The town is muy autentico and very charming despite the numerous amounts of tourists!!

Of course I had to meander through the quaint streets to browse the shops.  As you would expect, lots of hot sauces for sale. The Native American crafts were in every shop, and I just hope a good amount of money goes back to them. Below you can see the various designs on blankets.  I was NOT an Over Fifty Fashionista on this road trip by any means. I wore the same pair of torn up jeans, sweatshirt, and shoes every day. I did get to change underwear though. From there, this tired Over Fifty mom and her drove about 6 hours from Santa Fe NM to Lubbock Tx. There is really nothing to say about Lubbock, I am so sorry.

The final day we drove about 9 hours, with some stops, to Austin.  It should have  taken no more than 7 hours, but my son insisted on not paying attention to WAZE, an App I like much better than Google, even though Google now owns it!! So after 22 hours of driving and only a few fights, my son and I arrived  The next 2 days, we ran around getting things together for his apartment and he lives on the 3rd floor with no elevator!! When I returned home, this Over Fifty mom felt like I had just run a Marathon.  But, my son is happily planted in his new home, and we both saw new things on the way.  I hope one day he will look back and remember what an adventure we had together.