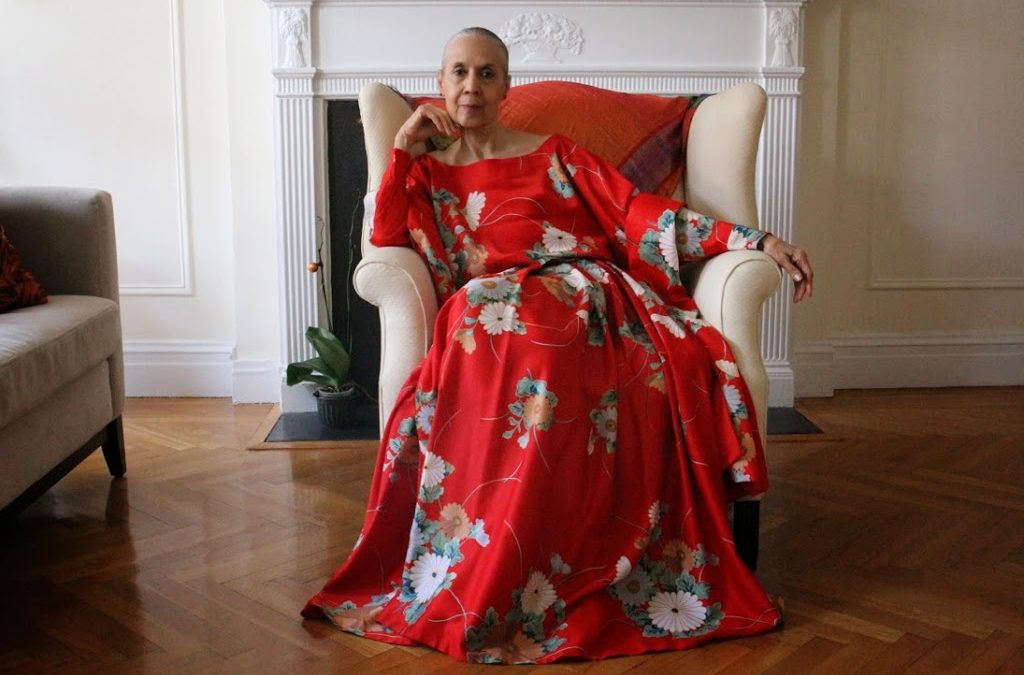 Carmen de Lavallade , 83, is an amazingly talented and award winning dancer and
choreographer. Born in  Los Angeles in 1931, she  married her husband,Geoffrey Holder in 1955, while still in her early twenties. Carmen and Geoffrey would have celebrated their 60th wedding Anniversary next year, however, sadly he passed away on October 5, 2014. Anyone born in the last thirty years could have known Geoffrey in one of many ways.  He was not only a dancer, who danced on Broadway; an actor who played the villain in a James Bond movie; a painter; a director of plays on Broadway; but do you remember the 7 UP commercial where a deep voice called it the "Uncola"? Yes, that too
was Geoffrey.

Carmens' career was also illustrious. She started dancing in 1949 and in 1955 was offered a
position with the prestigious  Alvin Ailey Company where she became a lead dancer.
She danced on Broadway early in her career and and met Geoffrey while doing
a production together. Carmen went on to do other phenomenal things, especially
considering that Black ballerinas were very rare. She danced at the Metropolitan
Opera; she joined the Yale School of Drama as a choreographer and performer in
residence; and also became a professor at the Yale Repertory Theater. Between Carmen and Geoffrey so many awards were won. Both of them were extremely
successful at what they did. They shared so many thrilling moments together; it must
have been so much fun. Their marriage was really like something out of a fairy tale.
It is hard to imagine being married to the same man for almost sixty years, and even
harder to imagine losing someone so dear after all those years.

We pray that Carmen has the strength and the courage to mourn the loss of her
husband. We also hope that she will continue to be the wonderful role model
she has always been to women in America.
She is an icon of grace, intelligence, talent, and style. She has
now lost someone so very dear, our prayers go out to Carmen and her family.