Why I Hate Instagram for Mature Women Over Fifty 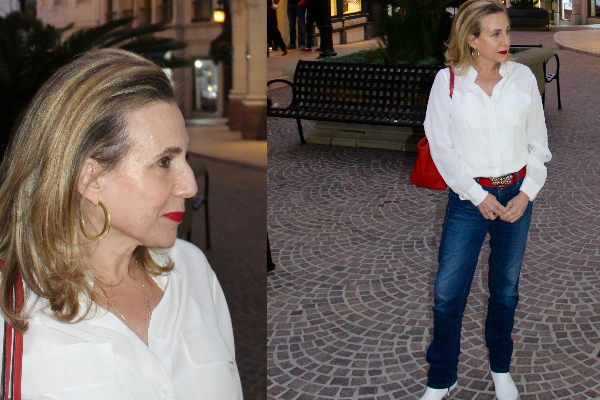 When I first started blogging over 4 years ago, I also joined Facebook and Instagram like every good blogger for women Over Fifty does. My goal then, and now, was and is, to inspire women to feel their best inside and out. Personally, I was going through a crisis. Within one year, my mom passed away, my dad passed away, and both of my kids left for college (they are a year apart in school.). At 58, I didn't want to go back to the same type of law I had been practicing because it was too stressful. I found that it would be hard to start from the beginning in another type of law because no one would want to pay me a salary commensurate with my experience. A month after my youngest left for college, my father-in-law passed away. So, I began searching for women who were reinventing themselves, or doing something Over Fifty that added meaning to their lives.  I was in desperate need of meaning. If you go back and search  the beginning of this blog you will see that there were no articles about myself. I was  searching for a purpose for my own existence by featuring inspiring women Over Fifty. As fate would have it, I met the most wonderful runway coach, Mark David Carter, who offered me the opportunity to take a class in modeling. After one class, I felt like I found my purpose.  My core was engaged, my shoulders were back, and as I watched myself in the mirror, I was visible.  My first thought was, I must bring this to other women. Thanks to the visionary stylist, and salesman, John LIptak, I had the opportunity to produce 3 fashion shows at Bloomingdale's in Chicago on Michigan Ave A day on Rodeo with Sheila Fajl earrings. Eco-friendly, vegan jewelry hand-made with love in Brazil - and so lightweight! Click the picture for 20% off her line. Pictured: Elisa Hoops.

After the shows, I thought it would be most inspirational to show photos of the models.The look of joy in their eyes when on the runway, was so inspiring. I wanted to share this with the world. Just look at  Carol below.  She is beaming and you can feel how beautiful she feels about herself.  This honestly has been the most rewarding thing that I have done since becoming a "blogger". After 3 shows, Bloomingdales moved on to newer projects but I remain forever grateful for this opportunity. Eventually, as time went on, people began telling me that I needed to promote myself, because I was inspiring. Reluctantly, I began doing this, but  people saw my story as one of reinvention, so I thought it would be good to share that with others. Then, I was introduced to the world of Infuencers and Instagram stars who had become famous and were making a lot of money. Brands also started noticing me and sending me clothes to feature. However, I began seeing LOGOS everywhere!!!  What is that about?  All of these young and older women were making sure their LABELS were seen.  This is not what I had anticipated. So, it began to feel like it was a competition to see how well you could post your LOGO.  I failed to see the merit in this content. It certainly has no meaning.  It is about stupid "things".  Been there done that. Posting a cute pair of white boots, yes.  But, to post them with the double "C"s, to show that they are by Chanel, was pointless to me.  Here, the white boots are posted to inspire women Over Fifty to take a chance with a new  (old) style.  Actually, most women Over Fifty, probably had white Go-Go boots when they were younger, so what's old is new. Bottom line, it feels like a popularity contest based on really superficial things. Hence, this is a very basic jeans and white shirt ensemble with a red belt and white boots thrown in for a bit of Splash.  Like me or not, I am me, and I am going to keep it real. In the meantime, I have produced a few more fashion shows but I am looking to do this full time because, it still remains my passion