You haven’t heard of Nina McLemore, 69. It’s time she takes her place among the Visible rather than the Invisible. 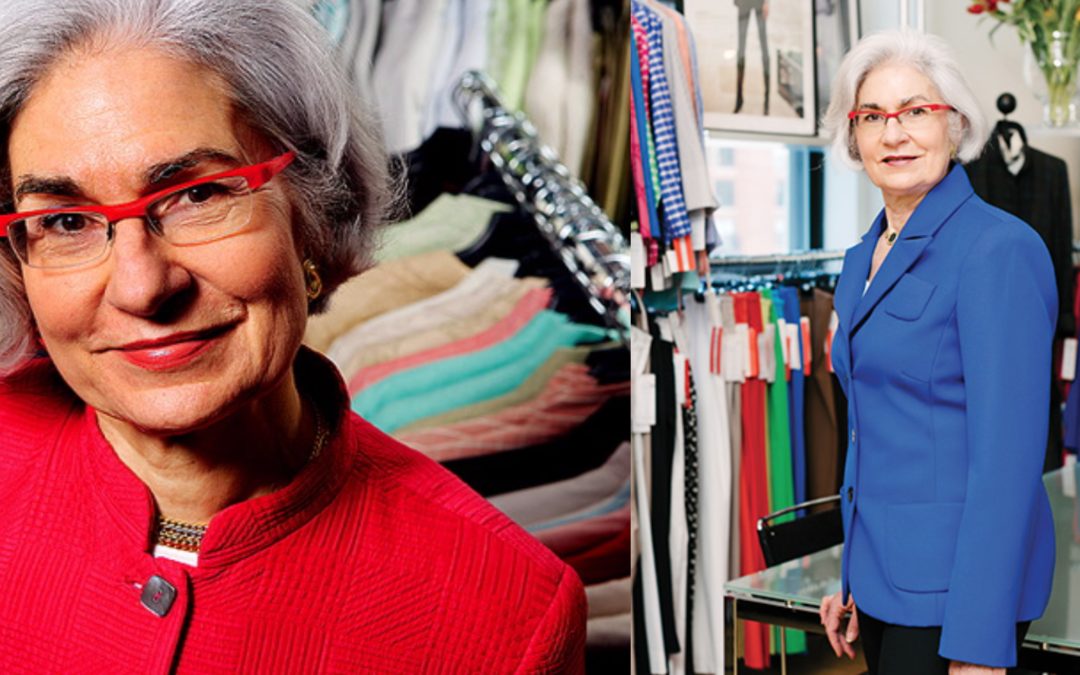 There is a designer out there that is dressing some of the most influential and important women of today. You haven't heard her name at Fashion Week, and you haven't even seen models on the Runway wearing her clothes. In fact, it's a bet that you haven't even seen her clothes in a Department Store.  Well, this is one genius woman who YOU need to know about, because for the Woman Over Fifty, she is a great solution to the lack of clothing made for our Age Demographic.

Her name is Nina McLemore. Everyone says it, that women Over Fifty become invisible. If you are Over Fifty, you have probably felt it at some time or another, or maybe you feel that way all the time. (We hope not).

Everyone also knows that there is a HUGE VOID in clothing made for the demographic of Over Fifty. Nina knew this too. So, after investigating a most exhaustive collection of stores along Madison Avenue in New York, Nina decided she needed to fill that void. In 2001, thankfully, she came out of retirement and launched her own line of clothing. Her line is aimed at professional women, most of whom are Over Fifty or for the more mature woman who has trouble finding the more tailored look that is oftentimes the most flattering, but hard to find.

The materials are made in Italy and the quality of the clothing is comparable to many of the finest designers. However, her designs are not meant to be seen in Vogue or in celebrity photos, but rather, on the more distinguished woman, professional or not. And though the quality is  "designeresque", her price point is about one third to one half less than say, an Armani suit, for example.

One of Nina's philosophies is that women no longer need to dress like men in the work place, and that women should not be afraid to stand out, no matter what age. Her range of colors is vast, from basic black, to the brightest and boldest. The style can carry a woman from day to night with ease, something so important to older women executives and more mature women in general.

For someone who doesn't think women should stand out, however, she has maintained a pretty low profile. For a long time, her line was only sold through personal representatives who met with the client personally. Today she has fourteen independent stores throughout the U.S. , including Boston, Seattle and San Francisco. Of course you can also find her clothes on line at NinaMcLemore.com.

Though not really a "Celebrity", a woman of great importance and notoriety, Hillary Clinton, has been wearing Nina's clothing for quite some time. Nina also carries a more casual line that is meant more for weekend or vacation wear. As far as her casual clothing, however, it remains almost as prices as her more tailored suits. This is one area where she hasn't been able to fill the void because the average woman can not afford this type of clothing at an expensive price. Her stores and her representatives do not shy away from telling you that her line is meant for a household making over $250,000.00. However, no matter how much money you have, you can find just as stylish casual clothing for a lot less. Your money would be much better spent on a stylist who can stay within your style, but who can add a bit of flare, for a lot less.

Here are a few of her suits from her online store at NinaMcLemore.com